For years, the Strawberry Mansion Reservoir, formerly East Park Reservoir, was shuddered and fenced off from the neighboring community.  Those days are over.

Older residents and natives of Strawberry Mansion recall swimming and hiking around this unique body of water on the edge of some of Philadelphia’s most densely developed neighborhoods. This area was a place for neighborhood kids to explore nature or perhaps the spot where they shared their first kiss. 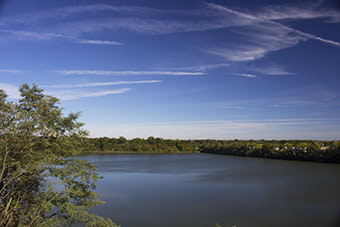 The Philadelphia Water Department stopped using the reservoir as a source of water in 1970. A fence was erected and the gates were locked. An entire generation grew up without this incredible green space as a part of their community. Once the area was closed to people, the transition from a functional resource to a natural habitat began.

For nearly 50 years, the reservoir was only accessible to wildlife like the variety of wading and diving birds who used the waters as a crucial migratory stop along the Atlantic flyway.

This area was already on the radar of ornithologists and bird watchers, and in 2005 the Audubon Society’s science team designated the reservoir as an “Important Bird Area.” Years of planning and outreach took place, and this fall, The Discovery Center opened the doors to a brand new environmental center and pulled back the curtains on this hidden gem in East Fairmount Park. 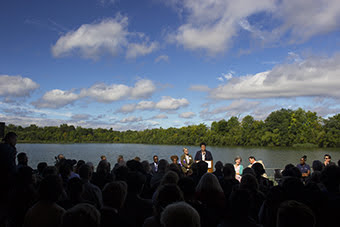 The Discovery Center is currently open Wednesday to Sunday 10am-4pm, but starting November 1, the Center will only be open Thursday to Saturday 10am-4pm. You can get directions and information about upcoming events on The Discovery Center’s destination page. Android users can download the GoPhillyGo app and find this and many more great destinations in Fairmount Park. Download the app here!

He tells GoPhillyGo that there is still plenty to see and do at The Discovery Center even though summer is over. “We are a little bit different than everywhere else in Fairmount Park,” Ruffner said standing on the edge of the reservoir.

According to Ruffner, fall is one of the best times for birding in this area. The waters are a critical rest and recharge point for birds traveling south for the winter. 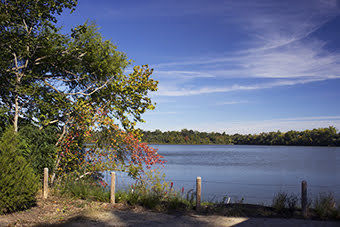 Visitors will find the banks carefully landscaped with native grasses and flowering plants. According to Ruffner, all the invasive plant species were removed and replaced with native species to help sustain native insects and other wildlife.

The building’s unique wooden exterior uses a centuries old Japanese technique known as Shou Sugi Ban. The locally sourced cedar siding boards were put inside a kiln until the exterior is charred to deep black finish. This process protects the wood from sun damage, insects, and water.

The Center is split into two areas with an open space in between them leading to the water. Inside, visitors can explore interactive exhibits and a rock climbing wall that is expected to open at the end of October. The other area can be used as a meeting space for up to 170 people. Every Thursday, community groups can sign up to use the space at no cost. 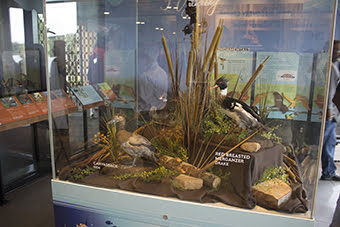 “Their goal is no matter what, a kid in the Philadelphia school system can come with almost nothing, and they’ll be comfortable,” Ruffner said. Ruffner showed GoPhillyGo their impressive inventory of hiking and camping gear that’s stored at The Discovery Center.

The Outward Bound Programs are not free, and require advanced registration. However, according to Ruffner, anyone can borrow binoculars to explore the grounds as long as they leave something as collateral. Ruffner hopes The Discovery Center can provide meaningful experiences for kids from every school in the city. “A lot of times, just being out of the classroom can be such a learning experience,” Ruffner said. 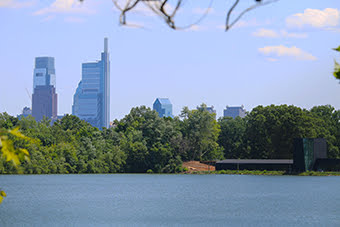 Ruffner spent the last six years working at the Schuylkill Center for Environmental Education as their School Programs Manager and Programs Coordinator. He hopes to bring the same quality of programs and experiences to The Discovery Center.

“It’s a different environment, but I see some very similar resources here,” Ruffner said. “Take a step back, take a deep breath, and find something you are interested in. Having that experience is what’s really important and vital about this space.” 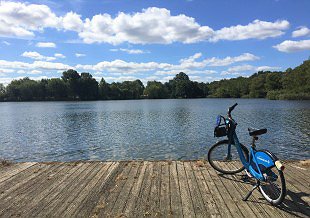 Ride an Indego Bike to a Local Park or Trail

Use Philly's bike share program to enjoy parks and trails around the city!

This Week in the Watershed May 9th - 15th