A cyclist’s commitment to all-weather commuting.

This article was originally published in Grid Magazine, November 2014

Last October I got serious about biking. I know it was October because that’s when I ordered a pair of waterproof pants from Amazon. I had already been biking mostly everywhere for just over half a decade, but I had made a conscious decision to only bike, regardless of the weather. So I already had slightly leaky rain boots and a rain jacket, and the only missing component to biking through a downpour was rain pants. Before buying those pants, it was far too easy for a rainy day to force me onto the trolley, but since then I really had no excuse but to bike to work.

My partner Nikki and I shared a car, using it maybe once a week, but when we moved to West Philadelphia, I wanted to prove to myself that I could eliminate even those occasional weekly trips. With the exception of occasional family visits to western Pennsylvania, I wanted to be car-free.

My endeavor really began before my move from Fishtown when I sold two heavily modified bikes to buy a beloved ’84 Cannondale touring bike off Craigslist that acts as my “every occasion” bike. It’s light and nimble enough to ride in the city, but also comfortable and geared for long distance rides. Working off my budget, I swapped out most of the old parts to make the bike essentially new and utterly perfect for my needs.

My commute from West Philly to work is a nice 3.5-mile ride that takes me between 12 and 25 minutes depending on traffic, weather and if I feel like working up a sweat. Even in the worst of weather, it’s not long enough of a ride to be that bad. The hardest thing about this undertaking has been riding through the winter. And the past winter was a particularly tough one. Slow, careful cycling, using the right gear, and the added satisfaction of being the only one biking into my office got me through it.

For all of the trials one faces when cycling every single day, without exception, the thing that makes it possible is changing your mindset. I really wanted to not only accept, but to embrace the weather that cyclists historically battle. When it’s raining, I know that I’m going to get wet. Instead of trying to stay dry, I simply bring dry clothes to change into and get gear that enables me to stay mostly dry. I’m also particularly lucky that I work for the Clean Air Council. Because the nonprofit is a strong cycling advocate, the executive director understands that when it’s snowing I may be late coming into work, and instead of feeling forced to rush into work to be on time, I get a text from him that simply says “be safe.”

I keep going with this seemingly crazy venture because in my mind, there’s no other option. I’ve already decided that this is how I will live my life, and with everything already in place, it would feel like giving up if I went back in any way. Although there are challenges, my decision to bike every day gets reaffirmed when I can bike past a line of cars from Walnut Street’s bike lane with a smile on my face while my fellow Philadelphians are sitting in traffic, bubbling over in rage. It’s a way of life I wouldn’t give up.

This Week in the Watershed December 6th - 12th

Check out our list of some of the great free events happening this week across the watershed! 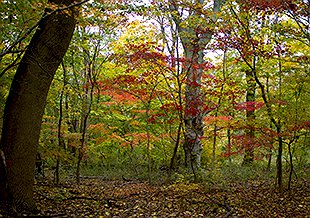 Get out and see natures artisty. Enjoy Fall's vibrant reds, yellows, and oranges across the region sustainably with GoPhillyGo. 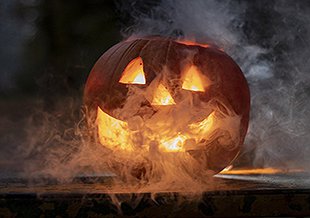 You don’t need a car to enjoy some fun family friendly activities this Halloween weekend.